We recently signed a new client: Kuuhubb, based in Helsinki, Finland. To kick off our new project together the right way, they flew me to HQ for a couple days' work with the team. Their office is in the city proper, where buildings like the one above - taken from their conference room window - line every street. I'm a huge fan of architecture from the turn of the last century, and since Helsinki experienced boom times then, there's plenty for me to admire.

The project we're working on together is a Match-3/interactive novel hybrid called Tiles & Tales. You can read more about that at our press release here. But I wanted to take a moment to talk about the Kuuhubb team... 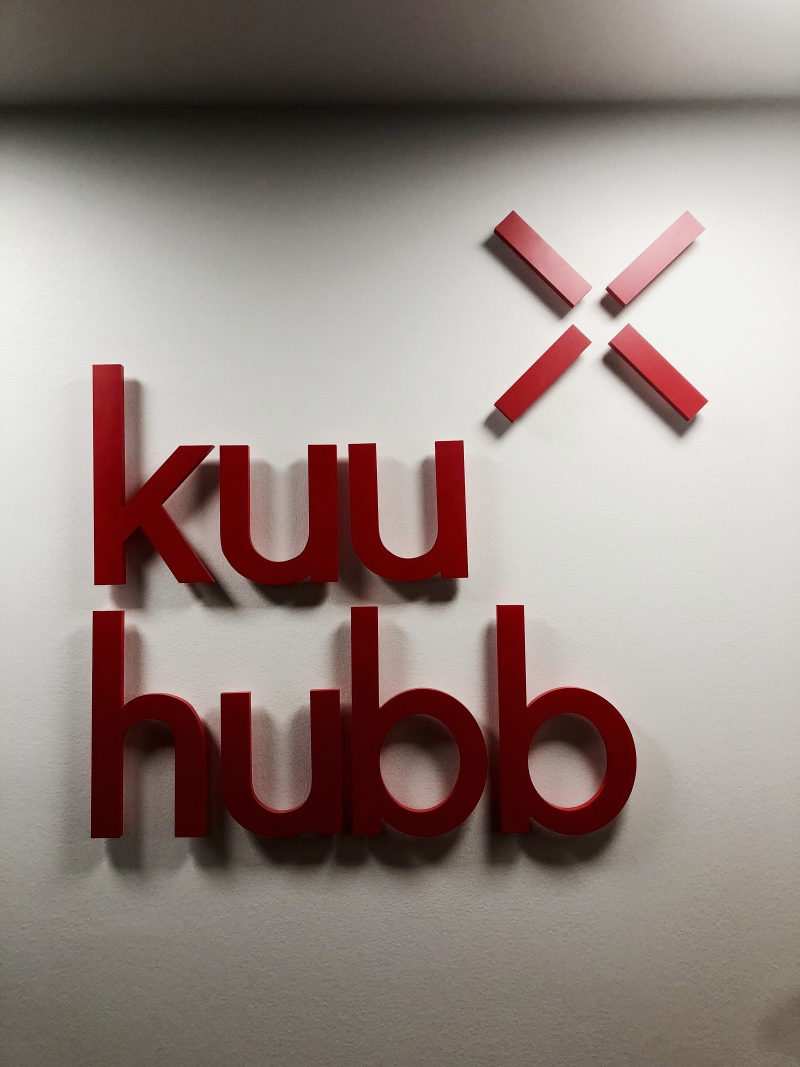 ...because they're awesomesauce! They put me through my paces with excellent questions, one after another, and what a treat to talk over the various trials and techniques of the rapidly changing mobile interactive novel genre with a crew of talented, thoughtful designers.

They've already put in a lot of groundwork on this new game app, which launches later this year. Three books are currently in development, and mine will be the fourth. I fell in love with the game app the minute I played the in-development build and am honored to be a part of the project.

Kuuhubb is a new studio, and its crew came from such stellar origins as Rovio Entertainment, RedLynx, Armada Interactive, and Koukoi Games. They all have extensive experience in developing casual free-to-play games.

What really struck me about them as a team was the blend of experiences - from writing to art and animation to programming - and how these aren't regarded as separate territories but fair game for anyone on the team, if they've got the drive and skill.

This same recognition of the overlapping skills set necessary for games is one of the reasons why here at Brunette Games we use the title "writer/designer" rather than just writer, or even narrative designer. Game "writers" have to be designers, too. All our writing is done in tandem with design, and increasingly, we're coding and making art and animation and sound decisions as well.

True to their Scandinavian culture, the corporate offices exuded a bit of hygge in the comfortable couches and lovely logo pillows. As comfy as the pillows are, we adjourned at the close of the first day and met back up later for drinks. Happy hour in Finland is called "afterwork," and we spent ours at a video game-themed bar called 8-Bit Brewing. Their menu is in retro video game display style, above the bar. 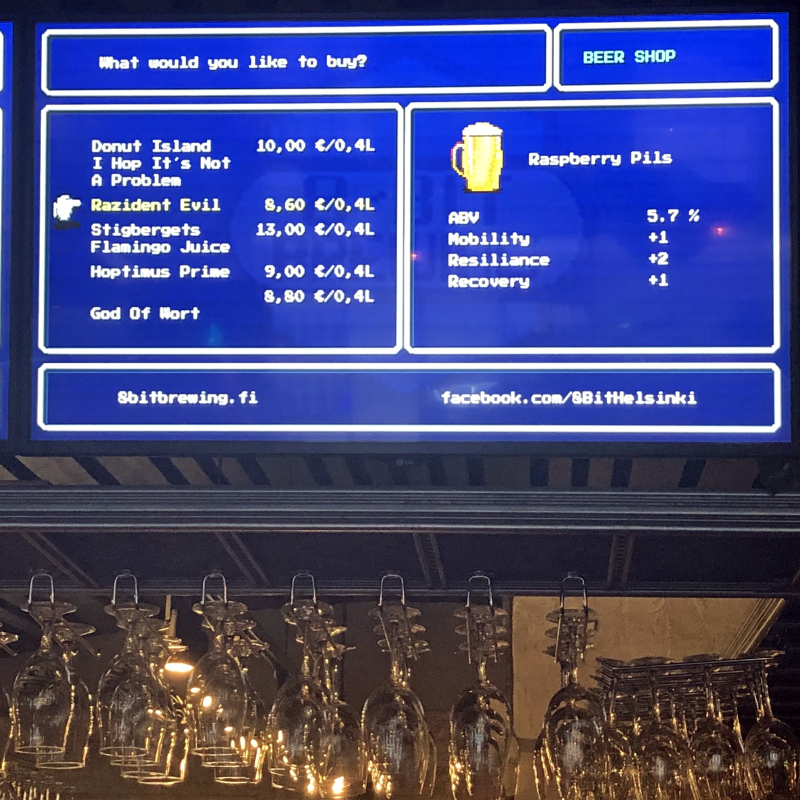 I chose a beer with a high bitterness rating called the HOP BOMBERMAN IPA, and it did not disappoint. I was looking for something that exhibited a tendency toward the sour side of the palate, which seems to be a common theme in Finnish food and drink, and I got it. After a day of intense discussion about our project in specific and games in general, it was great to kick back and learn about each other's cultures. Describing the weather in your home temperature standard is super tough when you're on Fahrenheit and they're on Celsius... how to explain the Midwestern swings of 40 degrees within one week? I learned that the Swedes ruled Finland for about 600 years, and the legacy of that can still be felt. I listened to the men's army tales. They all had one, since conscription is mandatory for male Finns.

But best of all, I learned the Finnish toast: Kippis! 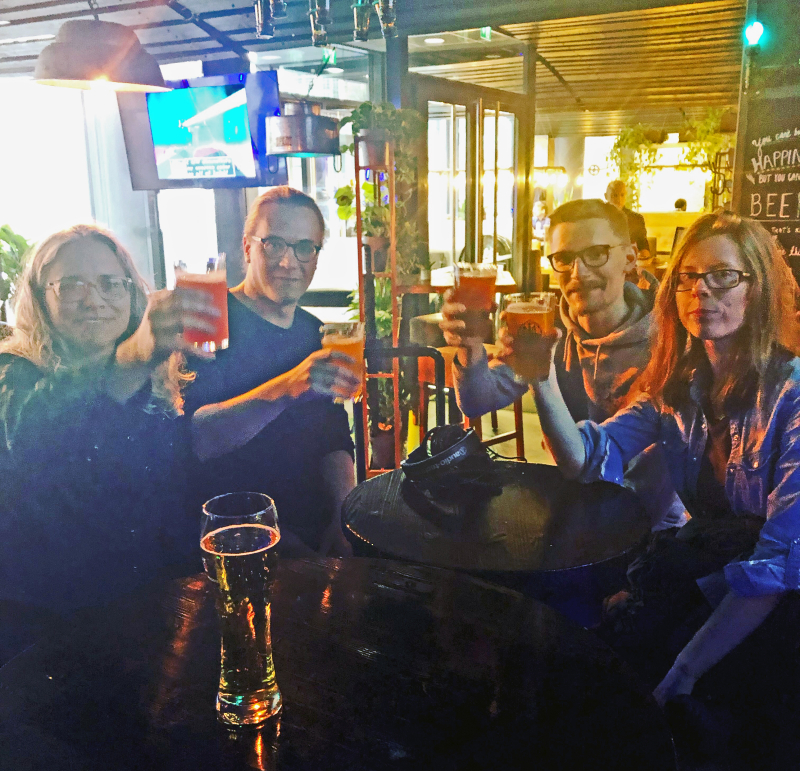