Five Years Ago This Week, the Dreamslippers Series Was Born 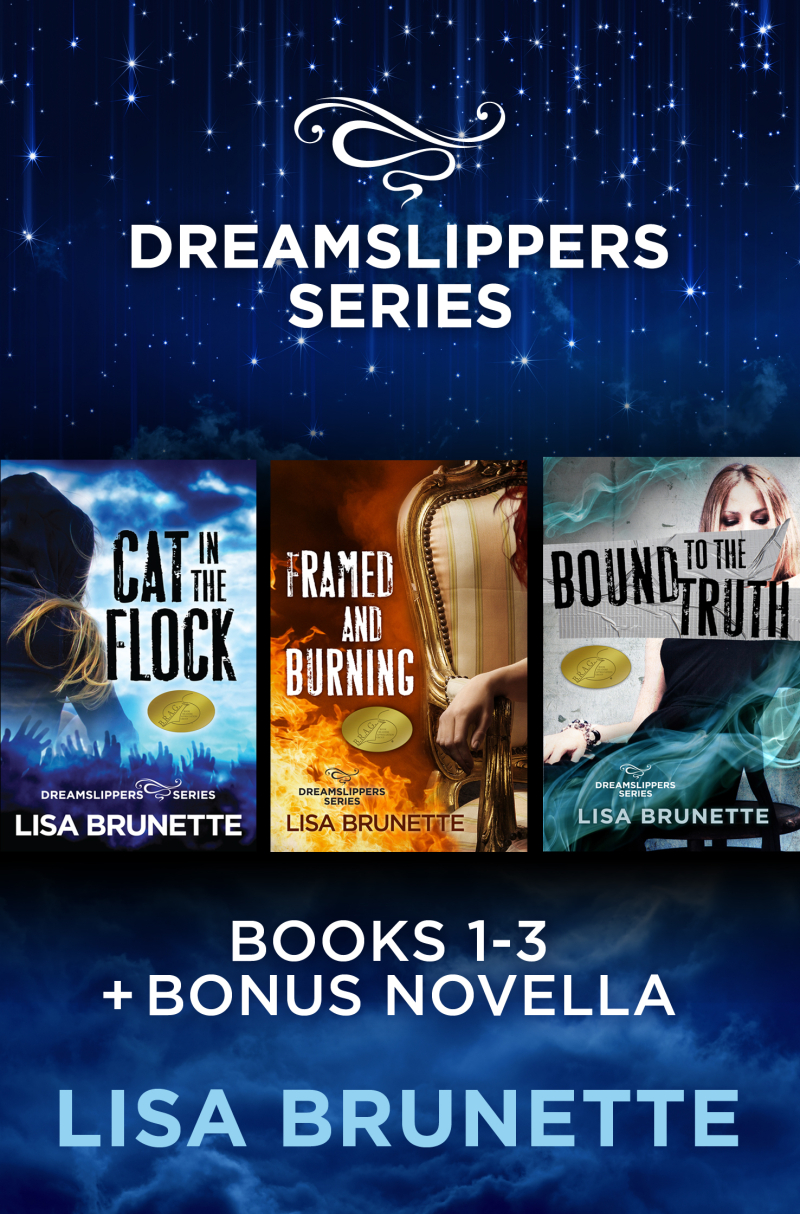 As founder of Brunette Games, I came to form this narrative design and game writing studio with more than a decade of experience in the game industry. But before the game industry claimed me, I'd racked up 15 years as a published journalist, short story writer, corporate history chronicler, and yes, even poet. That background is reflected in the Dreamslippers Series, a three-book saga (plus novella) about a family of psychic dreamers who solve crime using their ability to 'slip' into other people's dreams.

Solving crime that way is a lot tougher than you can imagine, as it's not like the culprit will dream of his guilt, pointing the erstwhile dreamslipper toward all of the clues. The matriarch of the family, Amazing Grace, supplements her sleeping skills with waking-life pursuits such as meditation and yoga. Young Cat McCormick, the hero of the inaugural book in the series, has an entirely different take. She bends and breaks the rules a bit, and she capitalizes on an emotional connection to solve a mystery involving a Midwestern, fundamentalist preacher and his (not-gay-at-all) right-hand man.

I released Cat in the Flock under my own imprint, Sky Harbor Press, in July 2014. It zipped up the Amazon sales charts, occupying the No. 1 spot in the Private Investigators category within the first year. It was praised by Kirkus Reviews, Midwest Book Review, Readers Lane, Book Fidelity, and countless other review sites, blogs, and institutions. I was contacted by a Hollywood producer about rights, and later, by more than one game studio interested in making an interactive version. Cat in the Flock won me my first IndieBRAG medallion, awarded to only the top 20 percent of independently published books. I would also be awarded the IndieBRAG for the other two books in the series. 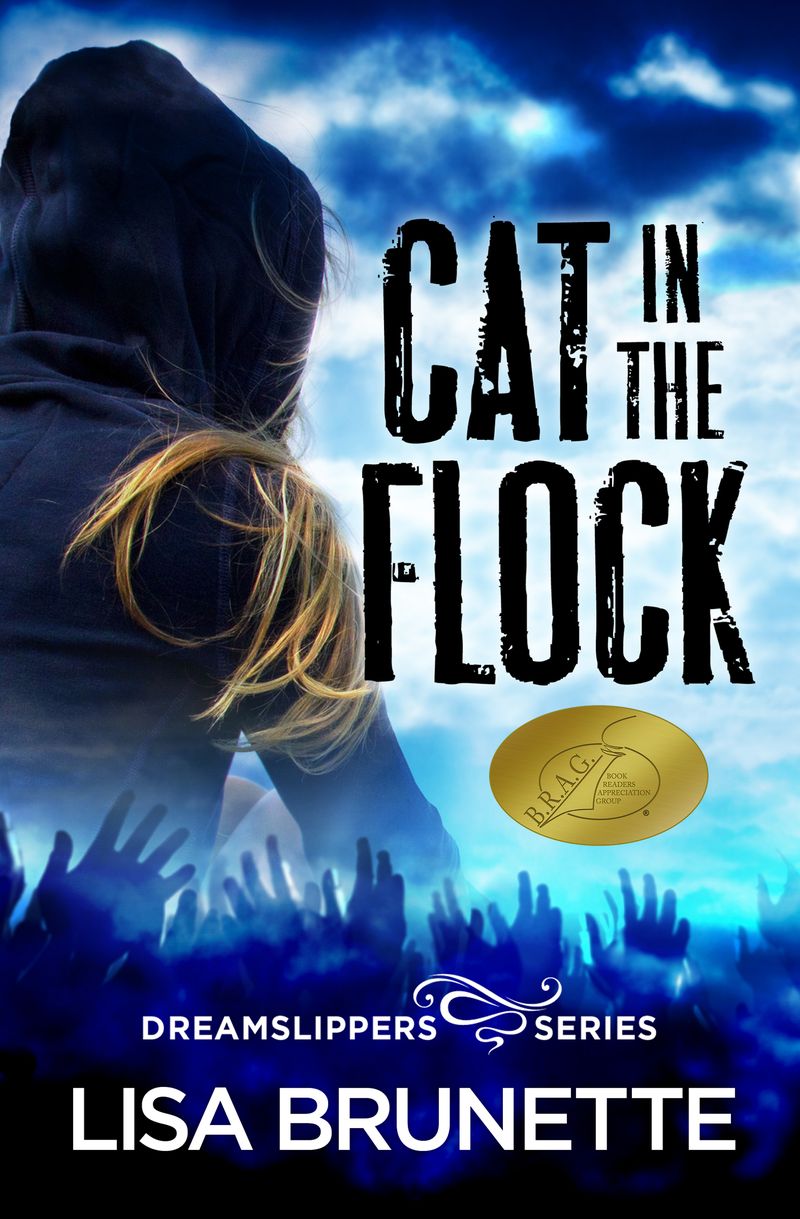 I wrote, published, and marketed Cat in the Flock all while working full-time as manager of the narrative design team at Big Fish Games. It was a lot to do around not-your-average day job. But I made it work, with the help of a very supportive husband and stepson, not to mention a crackerjack team of narrative designers and strategy guide writers at Big Fish, who helped me bring my traditionally 12-hour days down to a more reasonable balance.

Bolstered by the success of the first book, and full of more Dreamslippers stories to tell, I followed up with Framed and Burning. This second book in the series is set in Miami amidst the high-stakes art world, and its prescience can be seen in the Jeffrey Epstein case today. Cat and Grace follow the clues to a murder frame-up, which takes them into the Darknet and the powerful players behind a child pornography ring.

Framed and Burning was a finalist for the prestigious Nancy Pearl Book Award, and it was also nominated for a RONE Award, in addition to winning the IndieBRAG. 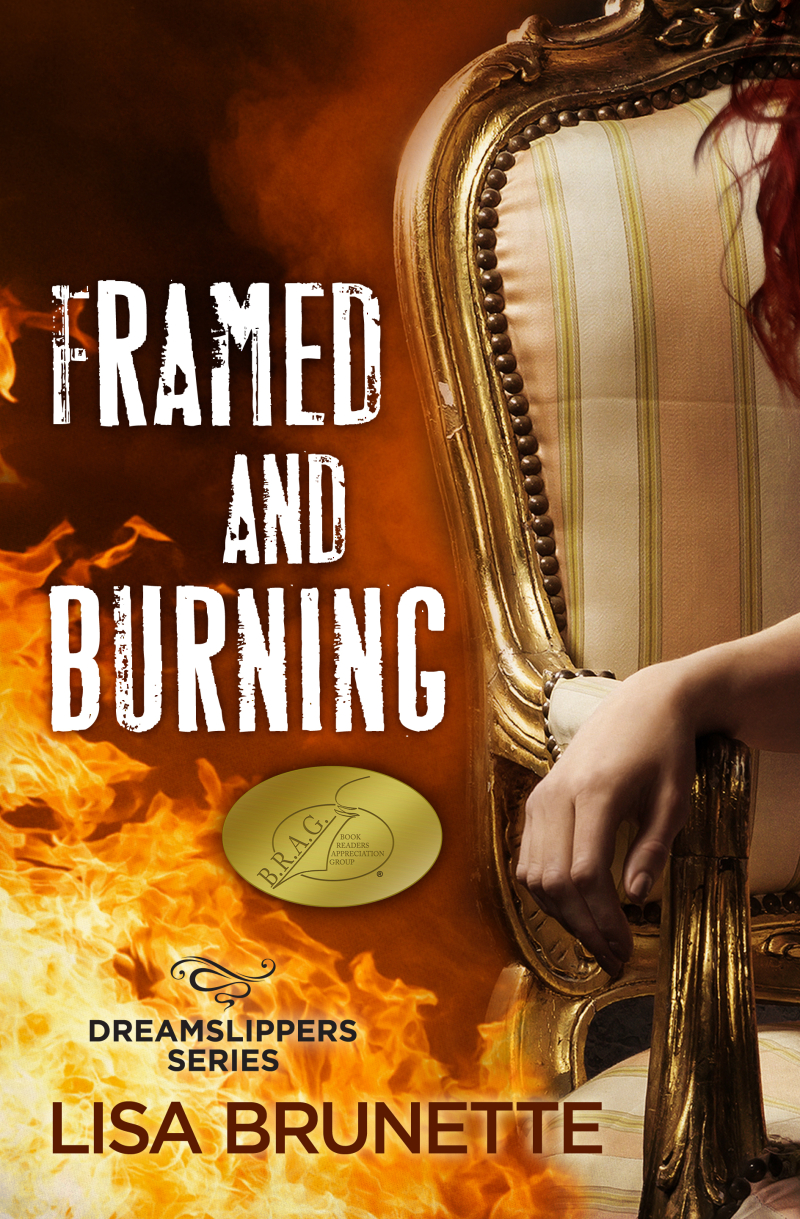 The third book in the series, Bound to the Truth, is in a lot of ways my best. It continues the series' sex-crime theme, but back in Seattle, with an informed, fair portrayal of the Emerald City's sex-positive community. Cat and her grandmother visit a sex toy shop and a sex dungeon in their quest to track down the killer of a prominent Seattle architect. It was my answer to the huge disappointment that is Fifty Shades of Gray.

The cover is my favorite of the series, too. All three covers were created by Toronto designer Monika Younger, who's also the genius behind our very own Brunette Games logo. 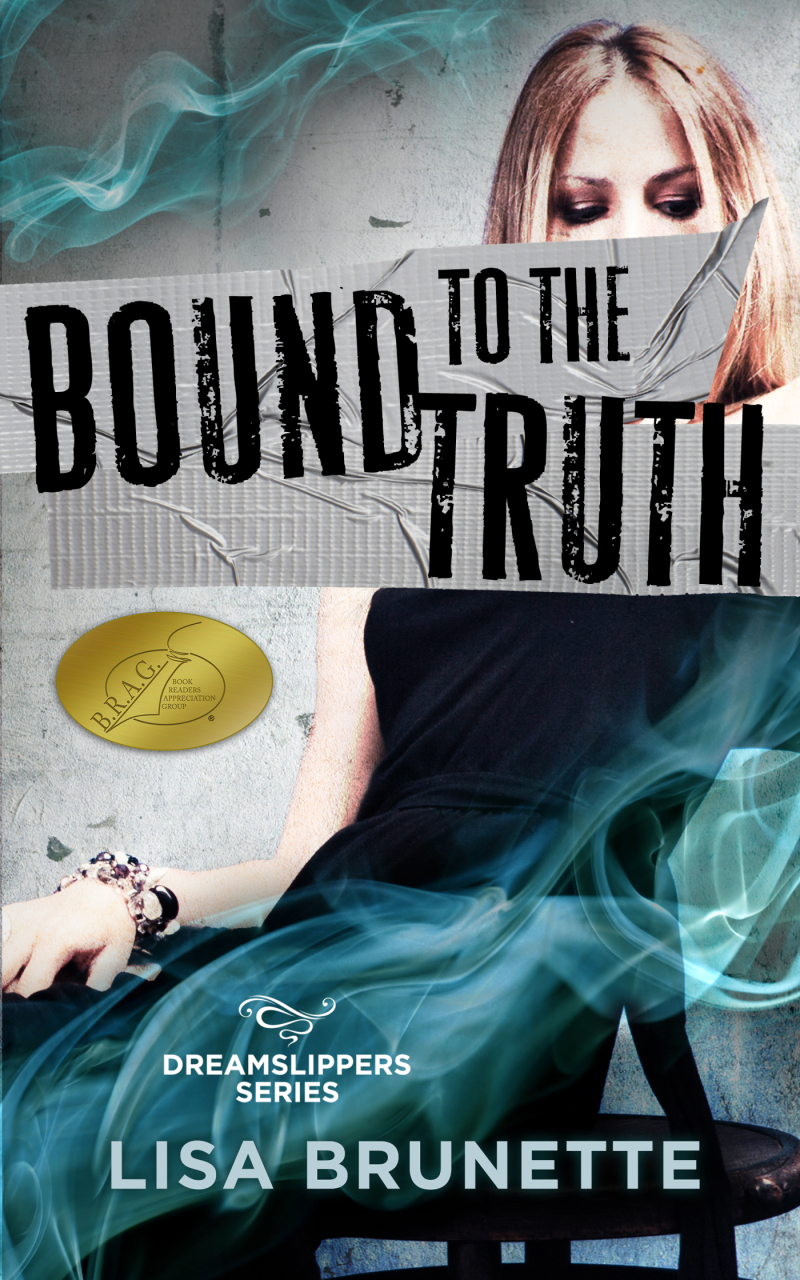 After that, I went back and tackled Amazing Grace's origin story in a novella, Work of Light. It's only found in the ebook boxed set. Set in the past, when Grace first discovered her powers, it follows her to an ashram in the 60s, where she uncovers the guru's true nature.

I'm grateful to the many BETA readers who gave me feedback on drafts of the books. My BETA reader program was based on the process we use in the game industry, where player feedback can truly make or break a game. We writers and designers are far too close to the work to judge it subjectively, especially the further into the drafting (or development) process we get. My BETA readers put on their "cruel shoes" and gave it to me straight, and I revised to the best of my abilities. I think it shows in the higher-than-average quality for not just an indie but for publishing as a whole.

Also deserving of recognition is Elisa Mader, who edited and/or proofread the books. The high marks I get for being error-free are entirely to her credit. You might also know her from some of our Brunette Games projects, as she sometimes freelances for us as editor, writer, and designer of games. I've mentored Elisa for years and also hired her to our freelance stable at Big Fish.

Join me in celebrating this important milestone for a body of work that is very close to my heart. On that note, it's time for an important announcement:

In honor of the fifth anniversary of the Dreamslippers Series, the ebook boxed set of all three books plus the bonus novella is entirely FREE wherever ebooks are sold, except Amazon, where it's only 99 cents (that is the minimum price we are allowed to offer through Amazon). So please tell your friends. And thank you for your interest in Brunette Games.

'Bound to the Truth' wins indieBRAG, Third in a Row for Author Lisa Brunette

The Woman Behind My Book Covers: Monika Younger