With the Juneteenth Holiday, a Pledge: We Can Do Better
Brunette Games GDC Talk on 'Conflict, Mystery, and Connection' Now Available on YouTube 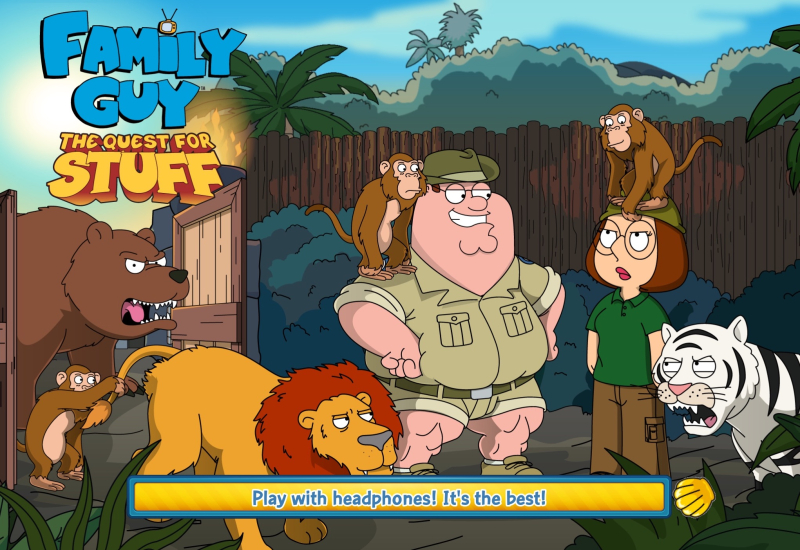 Brunette Games has had the honor of working with top developer Jam City for a full year now, on five different titles either in release or still in development. One of our projects together gave me the chance to write new script content for the popular mobile game Family Guy: The Quest for Stuff. As a scriptwriting major in college, working on a franchise like Family Guy was the stuff of dreams, and now here I am, writing about the quest for stuff! 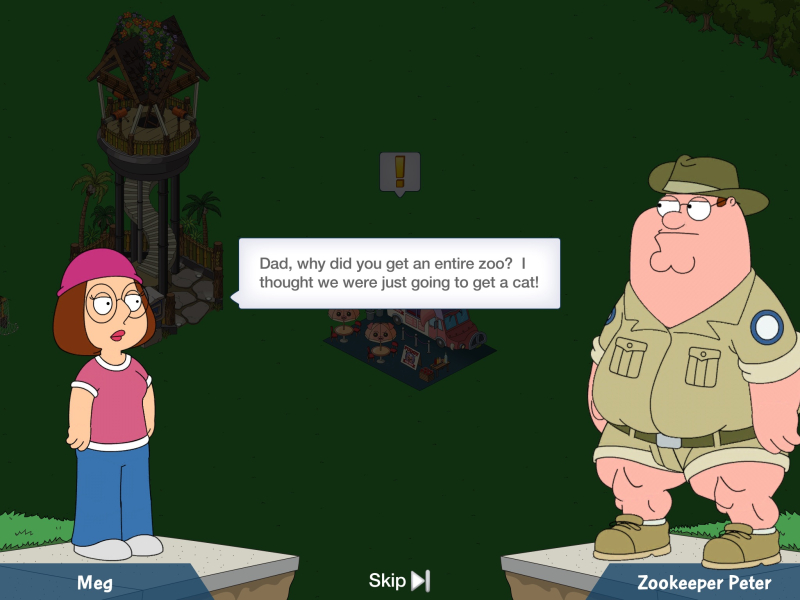 Screenshot of the in-game dialogue

Family Guy: The Quest for Stuff is a mobile game in which players get to build their own version of Quahog, the central setting of the television show. The story begins with the show getting canceled again, leading to a fight between Peter and his infamous chicken nemesis. Reminiscent of Peter's encounters with the chicken in the show, their fight leaves the town in shambles. Following this, players guide the characters of the show as they work to rebuild Quahog. 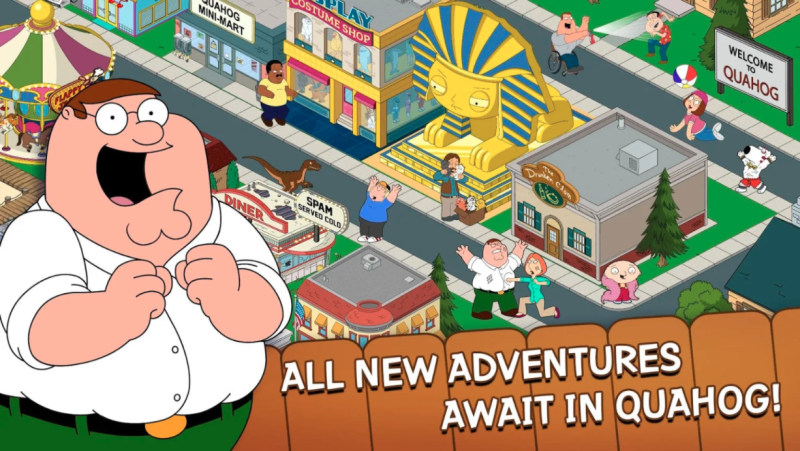 I've been watching the television show Family Guy ever since I was, well, too young to be watching Family Guy. I've followed the beloved antics of the Griffin family for over a decade. When Brunette Games had the opportunity to collaborate with Jam City on its newest content, it was definitely a bucket-list item for me. And I'm not the only one obsessed with the franchise. In the time since The Quest for Stuff's initial release in 2014, it's acquired a steady following of committed players. 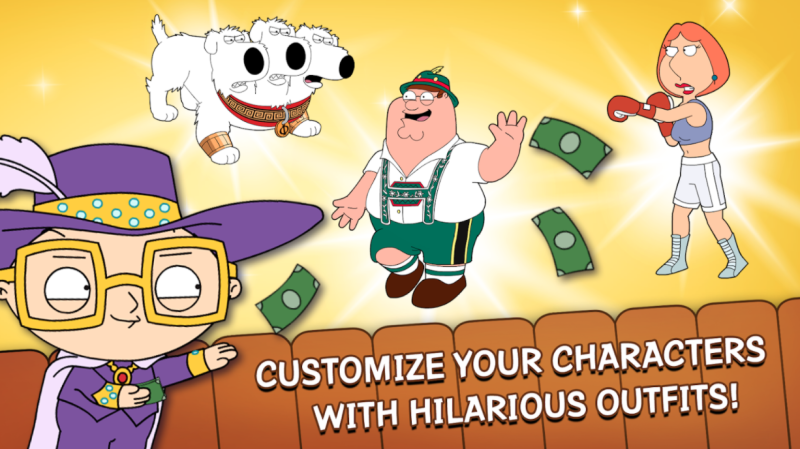 Even though Family Guy: The Quest for Stuff originally launched nearly six years ago, Jam City's devotion to the title has added a steady plethora of new content ever since. I've already written several events for the game, and one of my favorites is "Life's a Zoo." This one sees Peter Griffin opening up his own zoo and facing competition from his daughter, Meg. As per typical Family Guy humor, this release has plenty of jokes, references, and whacky adventures. It certainly pushes the boundaries more than other titles in the casual market, making it a blast, for me to write for, personally, since many of our other titles are much more, um, circumspect. 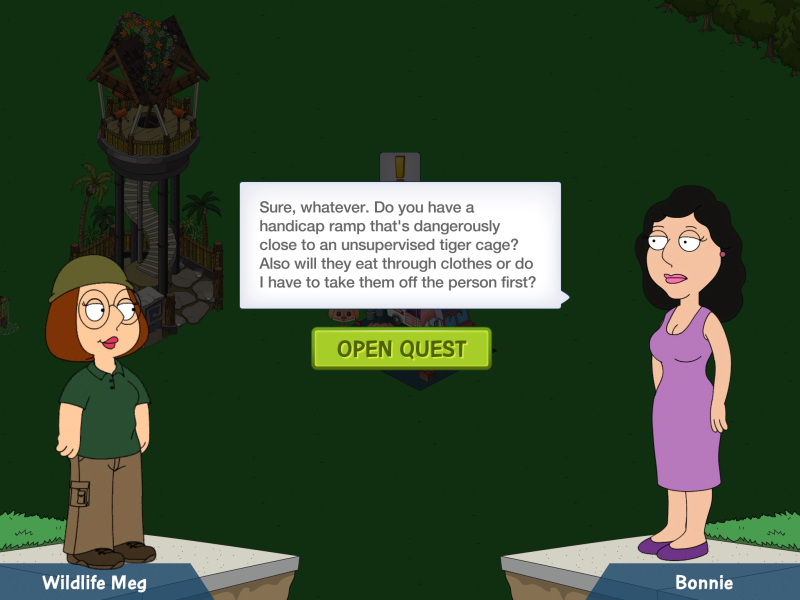 To learn more about the game, hear it from the developers themselves with the official App Store description:

After another epic battle with the giant chicken, Peter Griffin has accidentally destroyed Quahog! Play for FREE and rally your favorite Family Guy characters (even Meg) to save the city in a hilarious new adventure. Or don’t, and regret it forever!

• Create a living Quahog that fits enjoyably in your pants

• Send your characters on ridiculous quests

• Keep Quahog safe from pirates, evil chickens, and other invasions

PS: You can play this game in French, Italian, German, Spanish, Russian, and Brazilian Portuguese!

PPS: Don’t forget to watch new episodes of Family Guy on Sundays - only on FOX!

The Family Guy: Life's a Zoo Event is here! Watch out for the animals in this new event from the Writers of Family Guy!

A new feature is coming. Travel the multiverse with Alternate Quahogs!

Family Guy: The Quest for Stuff can be played on iOS and Android devices. To try the game and play "Life's a Zoo" for yourself, follow either of the links below!