Brunette Games Takes on Pocket Gamer Connects!
Get the 'Dreamslippers Series' 75% Off, Now through the End of July

All Cards on the Table: Balancing Story, Gameplay, and Deco within the Solitaire Genre

Ava’s Manor: A Solitaire Story, a game we consulted on for Mighty Kingdom and Uken Games.

It’s 2022 and well past time to acknowledge the impact story has had on the mobile game landscape. Many of the most successful mobile games out there include a fleshed-out story or storytelling elements at the very least. Check out this article Brunette Games co-authored with Om Tandon to learn more about storytelling’s effect on the mobile gaming space. Many of these successful games employ a core loop, balancing puzzle gameplay, story, and deco; we often co-design this core loop with our clients.

Strangely enough, one puzzle subgenre that isn’t leveraging this core loop is solitaire. We recently took a long look at 17 randomly-selected games within this category. Of these 17, only 5 games contained any kind of story. This is a small pool but does provide good insight into the genre as a whole. Of the 17 solitaire games we focused on, 11 included some kind of unique feature to draw players into the game. Prime examples are Solitaire Grand Harvest—a game our team consulted on—with its farming theme and Fairway Solitaire—owner and CCO of Brunette Games, Lisa Brunette, worked on this one while at Big Fish—with its golf theme. However, these are the only two solitaire games that seem to succeed with solitaire gameplay and unique features alone. If this is the case, then the question is: Why don’t more solitaire games employ the above core loop?

The Problem with Solitaire Games

While match-3, blast, and collapse gameplay are unique to mobile games, solitaire has a much longer history. It originated as a card game in the late 1700s and took off in popularity across Europe and the US throughout the 1800s. By the time it hit the virtual realm with Microsoft Solitaire in the 1990s, solitaire had already won over countless lifelong players. 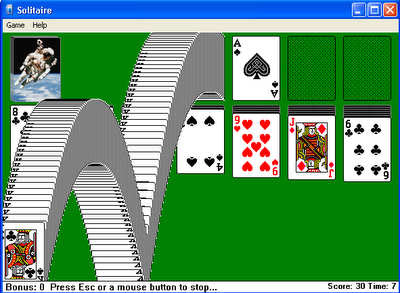 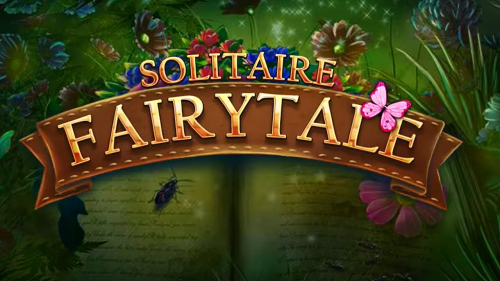 Solitaire Fairytale is a solitaire game with cute art… and that’s it. Instead of using story and a meta gameplay element such as decorating to create a strong core loop, the developers opted to extend the typical solitaire play only with fairy tale-themed backgrounds. The problem with this simplicity shows with the game’s numbers; according to Sensor Tower, Ava’s Manor far outperforms Solitaire Fairytale despite the two games being released around the same time.

With story and another core feature like deco, it’s quite likely that Solitaire Fairytale would be more successful. Simply put, without a core loop, Solitaire Fairytale just can’t compete with the other, more interesting solitaire games on the market. It’s unbalanced without any element other than solitaire, which is why balancing gameplay, deco (or another meta gameplay feature), and story is so important. Any element alone—gameplay, deco, or story—isn’t enough to make an overly successful game anymore when there are balanced games in the casual mobile space.

How to Balance Solitaire Gameplay, Deco, and Story

Achieving a balance with story and other features in any game can be tricky, but the solitaire genre comes with its own unique set of challenges. What does solitaire have to do with the story? How does deco (or another feature) fit into the story? These are major questions to ask when beginning to craft a narrative for a solitaire game. It’s important to keep the core loop in mind and focus on how each part of the loop interacts with the others. 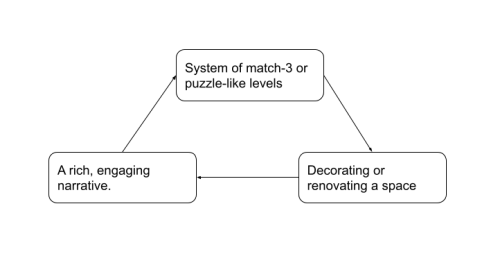 So why does Ava’s Manor outperform so many other solitaire titles? Its gameplay integration holds the key to its success. Let’s take a look.

The story of Ava’s Manor focuses on the protagonist Ava, who’s a mystery writer struggling with writer’s block. When given the opportunity to stay in a grand manor in Europe, gifted to her by her mysterious uncle, Ava jumps at the chance for a change of scenery. In Europe, Ava encounters mystery (and some romance!) at every turn, with her faithful dog, Marlowe, at her side.

Ava’s Manor’s story blends with the other elements of the core loop well. The story naturally integrates with the decorating mechanic as Ava renovates the mansion. The game’s opening introduces the gameplay by having Ava claim she needs a moment to clear her head before speaking to Cooper, the mansion’s landscaper, for the first time. The European countryside and old manor provide the perfect setting for a solitaire game.

In Ava’s Manor, the gameplay supports the story as much as vice-versa. For example, some of the gameplay’s boosters are mystery-themed, such as the broom booster that looks like a brush a crime scene analyst would use. The same goes for the solitaire background that resembles the English countryside. These are subtle references, but they can add a lot to the overall game experience.

In terms of story, deco fits right in and offers support. With Ava staying at the manor, it makes sense for her to clean it up. Using Marlowe’s antics as further need for renovation works well but isn’t overused. Periodically, there are moments where the deco reveals something surprising that supports the story’s mystery. For example, Ava begins a new task to clean up the fallen chandelier and finds a boot in the rubble. With the chandelier’s cut wire and this boot, the player begins to wonder if someone could’ve caused the chandelier crash and why. This is a prime example of deco supporting a game’s story. 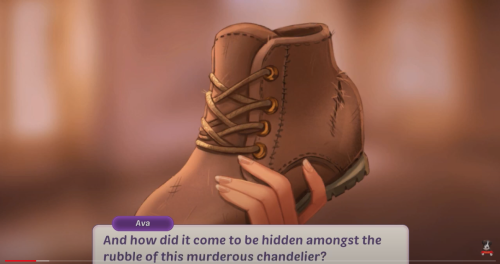 Solitaire games are their own beast, but incorporating story with them is possible. Here are three things to remember when working on a solitaire game:

Still struggling with integrating story and solitaire gameplay? Our skilled team of writers can help! Visit the contact tab on our website to find out how to best get in touch with us.