Brunette Games' Summer Master Class: The Strange, the Tone, and the Bountiful

Twice each year, the Brunette Games staff dedicates a few days to in-person training and workshops to hone our skills. This summer, the team organized and conducted workshops on various topics, including client communications, story development, and an analysis of trends in the casual game space. Here's a snapshot of what went down. 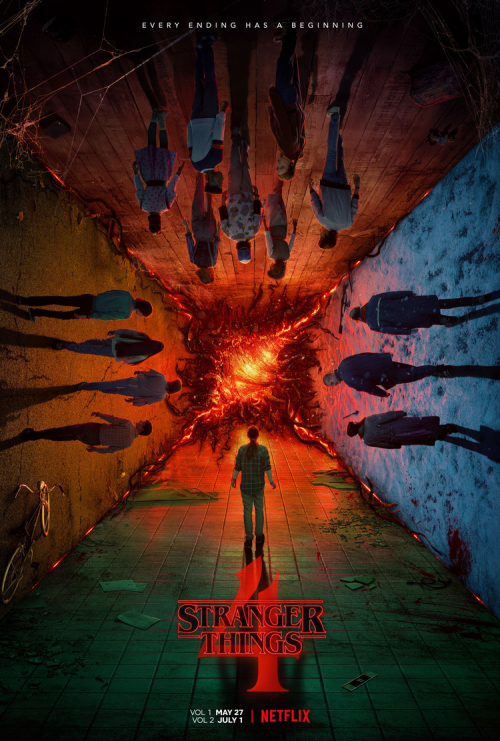 This workshop—aside from appealing to our team's mutual love and appreciation for the series—allowed us to practice writing succinct summaries of what each episode of the season covered, something that is especially useful when planning long-term narrative arcs for our clients. We often mirror TV shows for games as well, crafting arcs across multiple seasons of content.

Writer | Designers II, Jenna Hume and Sara Hardin, co-presented a workshop about developing tone and writing high-impact dialogue. This is an especially important practice when writing about heavier topics, particularly because the space for dialogue is often very limited in mobile games. They talked about how to establish more challenging tones for various situations, as well as the differences between tone and voice. 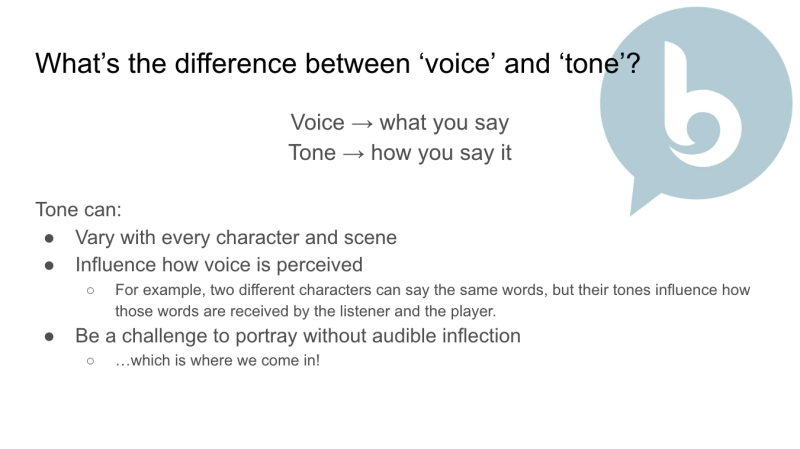 A slide from Jenna and Sara's presentation on tone and high-impact dialogue.

As part of Sara's workshop on effective line editing, the team suggested tweaks to the bio she wrote in 2018 for her Dungeons & Dragons character. An important part of line editing is knowing what to cut and/or add to make a piece of writing more effective without eliminating the author's voice. The team practiced how to suggest changes that improve writing rather than simply change it for the sake of... well, change. 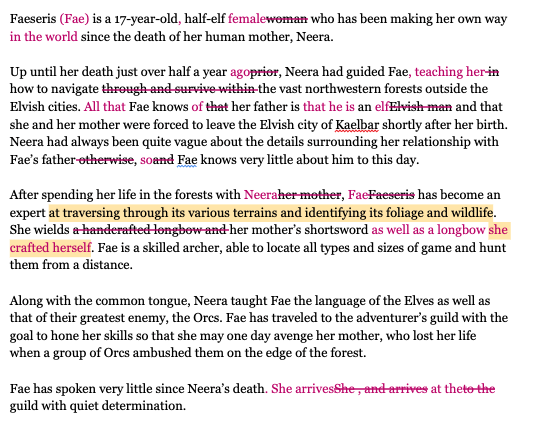 Jenna—who's earned a reputation as a stellar pitch writer—led a workshop on how to write a game pitch that will knock a client's socks off. After presenting a few examples and explaining what gives a pitch its "wow" factor, she led the team in a pitch-writing practice. While we can't reveal too much about the results of the workshop, we don't mind saying a few exciting ideas were born that afternoon! 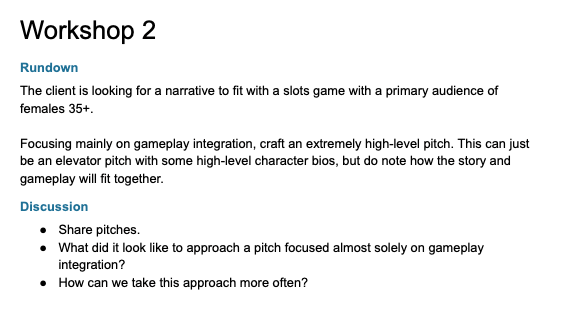 One of the workshops Jenna led on writing killer game pitches.

At the end of the week, Brunette Games' Owner and CCO Lisa Brunette and Vice President Anthony Valterra took the reins. In addition to conducting our routine monthly business meeting, they presented on the differences between book and game publishing. Their cumulative experiences made for a uniquely in-depth look at both industries and the challenges (and rewards!) writers may face in each.

On the final day of workshops, we enjoyed a potluck lunch full of tasty contributions from the whole team. Some produce from Lisa and Anthony's award-winning home garden even made an appearance!

Much like a garden, Brunette Games has grown a lot in the past few years, and keeping our writing chops in tip-top shape is something we take pride in. We look forward to the chance to apply them to many exciting projects long into the future!