In this new content release, Brunette Games collaborated with Jam City to modify the existing narrative in the game. As part of this rework, players now unlock scenes of episodes with clams they earn from completing levels. 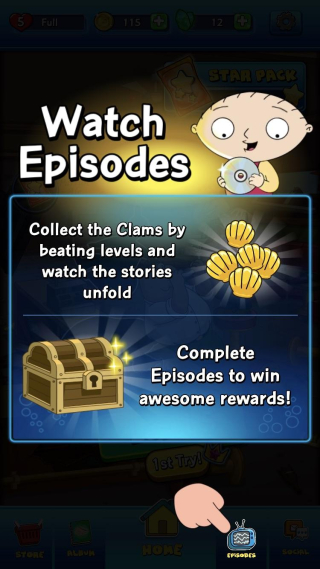 Solve puzzles, fight bosses, watch episodes, and more! With hilarious lines and an easy-to-access story system, Family Guy: Another Freakin' Mobile Game puts a fresh spin on the Match-3 genre. Now get out there and explore Quahog from the comfort of your toilet! 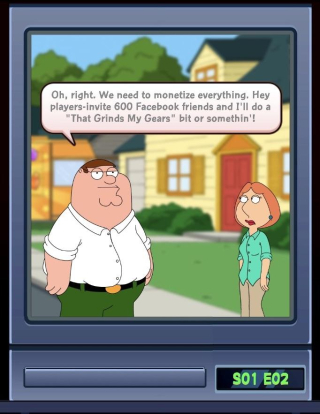 Family Guy: Another Freakin' Mobile Game is available on Android and iOS devices.

New Release! Take a Bite Out of Gear's ‘M&M’S Adventure’!

Brunette Games can always go for a good snack! Anthony Valterra, Jenna Hume, and I have worked alongside the talented team at Gear Inc. to bring Mars’ beloved M&M’S characters to the small, interactive screen in Tilting Point’s new game, M&M’S Adventure! If you’re not craving chocolate now, you will be soon. Players travel through exciting locations alongside their favorite M&M’S characters. Whether it’s Blue’s cool, suave nature, or Orange’s nervous-yet-lovable approach, there’s an M&M for everyone! With iconic characters, stylized cutscenes, and unique, candy-blasting fun, this is one adventure you won’t want to miss. 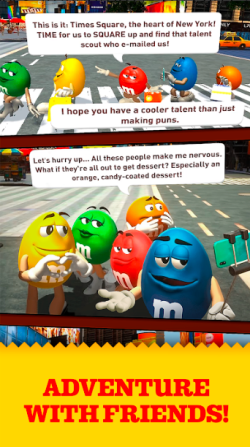 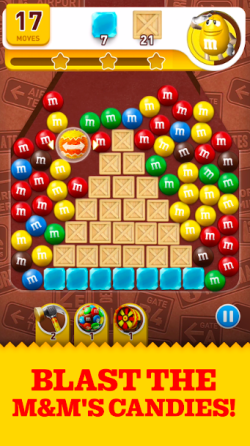 Check out the trailer below to see for yourself!

Play with your favorite M&M’S characters in the first and only M&M’S mobile game: Explore the M&M’S universe and enjoy the adventure with your favorite M&M’S characters! Participate in time-limited events, and collect and unlock unique M&M’S accessories in these casual matching puzzles. The fun world of M&M’S has thousands of adventures waiting to be played!

M&M’S Adventure is available on the App Store and Google Play Store.

New Content! Build a Fantasy World in A Thinking Ape’s ‘Kingdoms of Heckfire’! 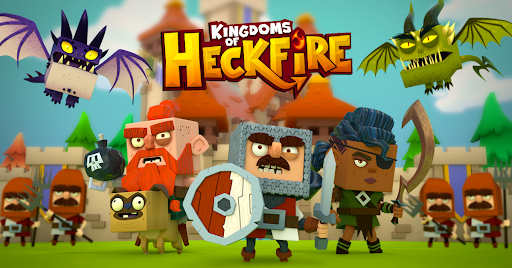 At Brunette Games, we recently had the opportunity to embrace our love for the fantasy genre on a narrative consulting project for A Thinking Ape's Kingdoms of Heckfire. In this mobile MMO, an army of goblins invades a small kingdom, prompting the townsfolk to strengthen their forces and save their home. Players can build a kingdom, raise dragons, train troops, and berate a squire! The Brunette Games team on this project (Anthony Valterra and I) analyzed the existing elements in the game and offered ways to enrich the story and player experience. In Kingdoms of Heckfire, the passionate team at A Thinking Ape presents an entertaining world with lovable characters, compelling gameplay, and witty dialogue.

After all, who could say no to helping out Cedric the Nude? 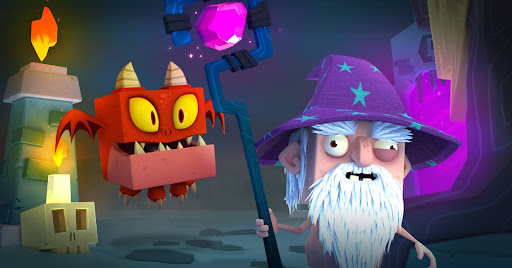 FEATURES
• Real-time, open world map filled with monsters and players from around the world!
• Raise a powerful Dragon army to strike fear into your enemies hearts (and other organs)!
• Create powerful Clans and Alliances to rule the realms of Heckfire!
• Complete epic quests issued by a semi nude wizard!
• Battle well groomed Titans for massive amounts of loot! Possibly even Ham! 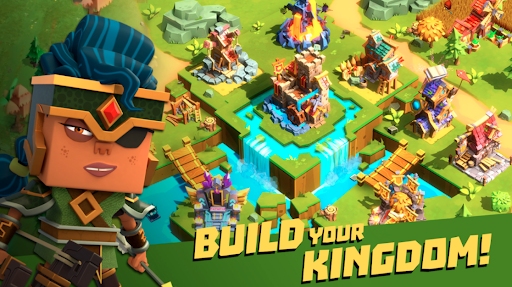 Kingdoms of Heckfire is available on the Apple App Store and Google Play Store.