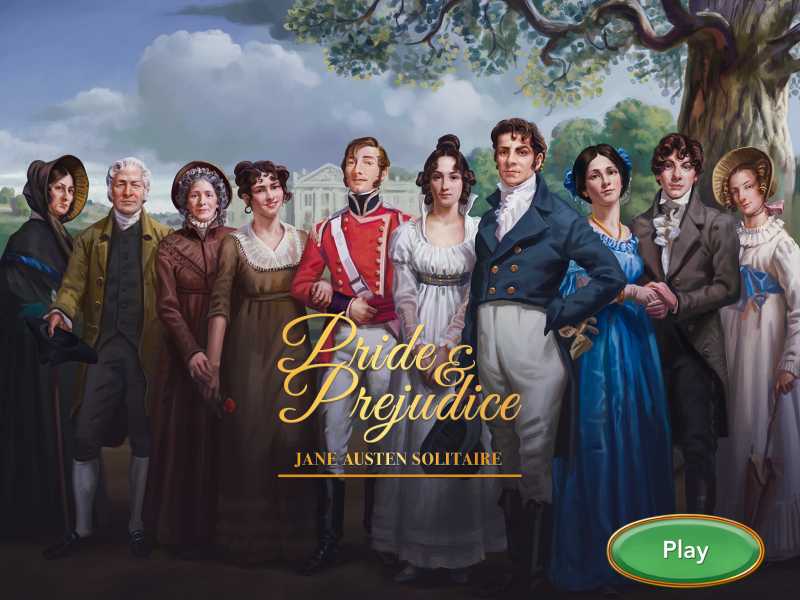 Last fall, I ditched all social media except for essential Brunette Games activity. With some of the hours recovered from not checking my feeds - you'd be surprised by how much time those 'short' check-ins actually suck up - I personally committed to reading all of the novels written by the early 19th century British author Jane Austen. I followed up each novel with a viewing of the best film and TV adaptations of the work as well. By the time I'd made it through the first four - Sense and Sensibility, Pride and Prejudice, Mansfield Park, and Emma - out of the blue, Brunette Games received a query about working on a mobile game themed on Jane Austen's work.

How's that for serendipity?

Suffice to say, when Pavel Agoshkov of Israel-based Supergaming reached out to us about adapting Austen's work to the solitaire game format, we were excited to say yes. Pavel and his team smartly wanted to base the launch game on Pride and Prejudice, easily Austen's most recognized and cherished work. 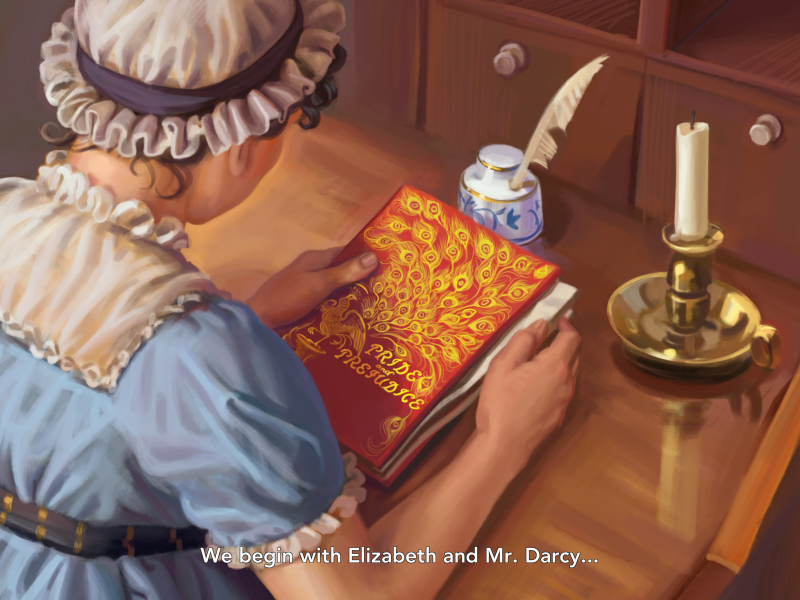 It's been a pleasure to work with Supergaming from the concept stage, providing full design feedback, narrative design services, writing, and voiceovers. Because of my recent Austen fandom, I took the lead, with Anthony Valterra and Dexter Woltman as support, and both Cammie Middleton and Andy Mack providing voiceovers.

It was my first adaptation in game format, which was quite the challenge. I used the film adaptations as guides in some ways, but they were pretty limited since they have full cinematic worlds to draw upon. I really had to think about the essence of Pride and Prejudice and mesh that with what I know casual game audiences want and need. I believe the result is a lovely take on Austen's world that stays true to her work but is fun and accessible for the casual gamer.

Austen fans will surely appreciate how well the solitaire card game format suits the storyline, as conversations over card games comprise many a scene in the novels. 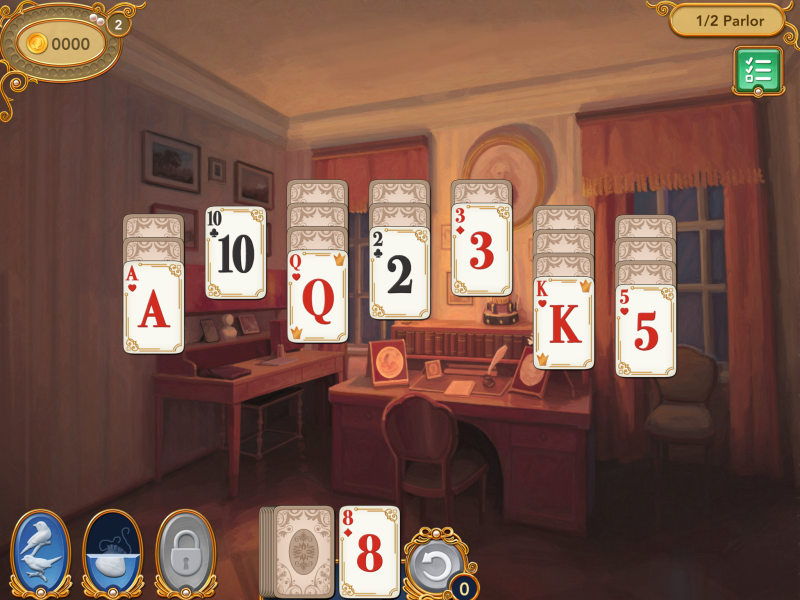 Besides feeling captured right away by what a great idea this project was, one of the reasons we wanted to work on it is the unique art style. Just look at the below interpretation of Pride and Prejudice's main character, Elizabeth Bennet. When Supergaming first shared it with us, it took our breath away. It's not often we see this painterly, realistic art treatment in casual mobile games. 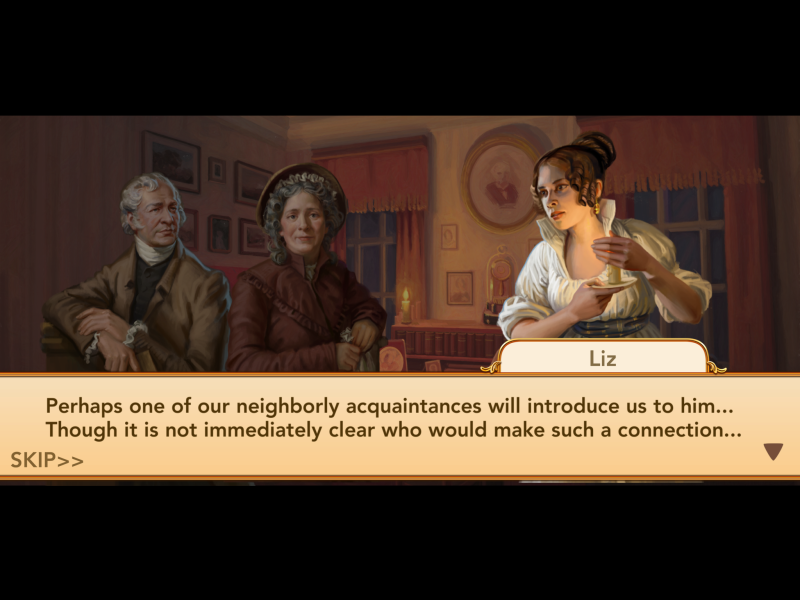 One of the game's cool features is an interactive collection room framed as a Jane Austen Museum. Players can add to the museum with articles plucked from the pages of Austen's life and work as they progress through the game, and they also function as game powerups. 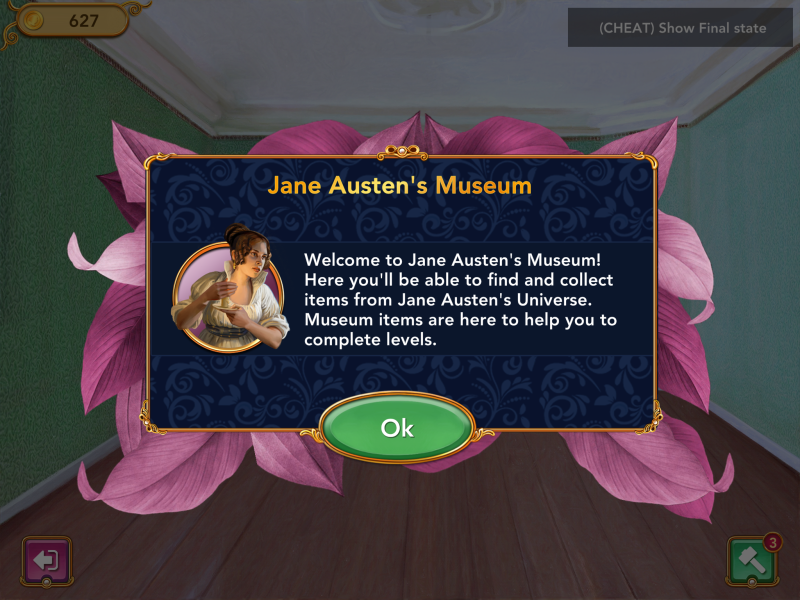 We look forward to seeing this game picked up by a publisher. It was designed with the idea that it could be expanded beyond Pride and Prejudice to include adaptations of Austen's other novels as well. It's our hope to continue working on it!

As for my own reading, I've added Northanger Abbey to the 'done' list, and next up is Persuasion. Of course, there's also her posthumously published work, Lady Susan, an unfinished novel called Sanditon that the BBC has adapted to TV, and her juvenilia and other unpublished writings. Come to think of it, Brunette Games could be working on Jane Austen adaptations for quite some time!