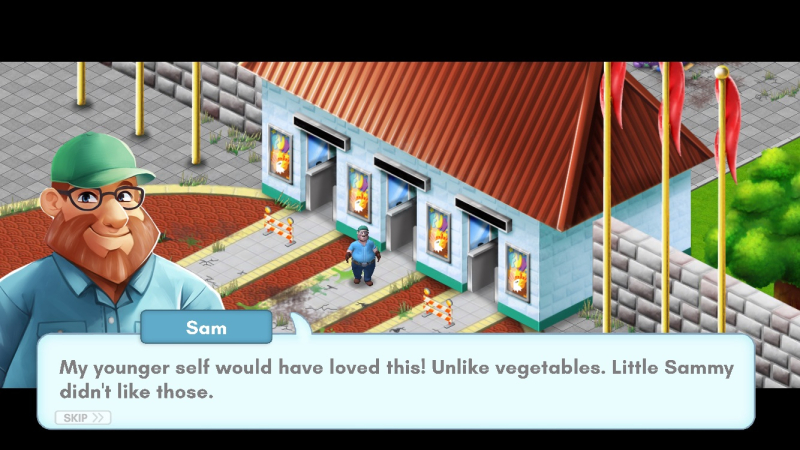 Sam always has something to say in RollerCoaster Tycoon Story

Who doesn’t love a good joke? Here at Brunette Games, we’ve always believed in three pillars of game storytelling: conflict, mystery, and connection. While there are various forms of connection, one of its cores is the emotional investment players form with the characters and story in a game. One way to bridge this connection is through the use of humor.

In the casual mobile game market, humor is essential to storytelling. It sparks an authentic connection between the medium of entertainment and the audience. Earlier this year, I wrote about Scoops, the comedic sensation in Redemption Games’ hit title, Sweet Escapes. While Scoops has been a long-time fan-favorite, the key for me is pushing Scoops beyond the traditional comedic relief role by using his humor to bring conflict, mystery, and connection to the narrative. 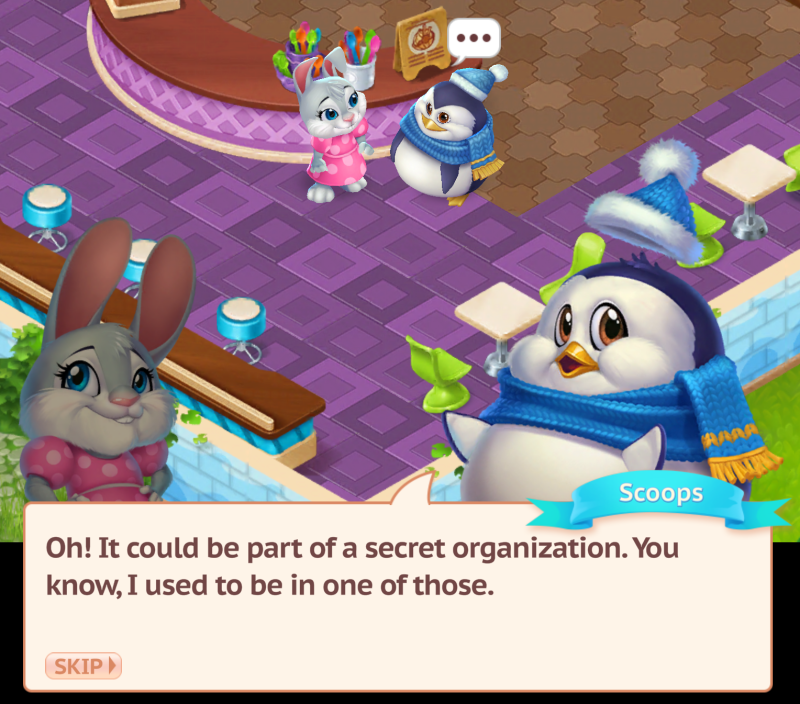 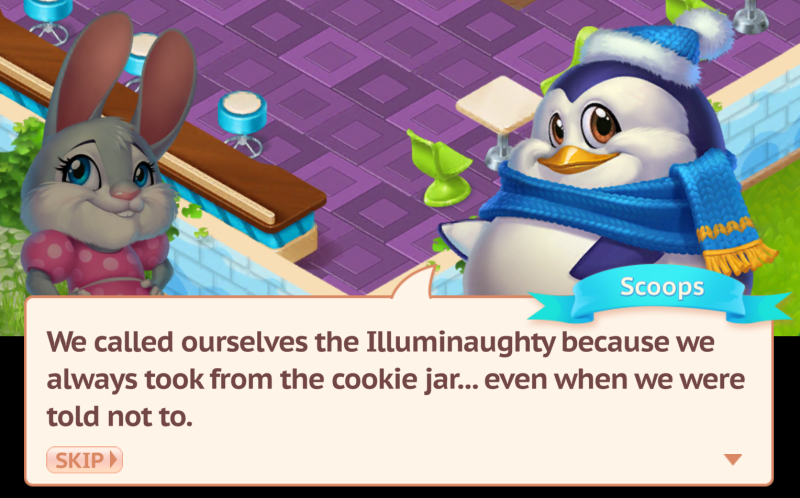 Scoops is the comedic sensation of Sweet Escapes

Comedic characters aren’t just there to make audiences laugh. They can cater to the storyline and world of a game, as well as the goals of the developer. When done right, humor lassos in a player’s retention just as Scoops does in Sweet Escapes. Since mobile games are often played in short bursts, a good joke is key to making that time memorable. However, writing effective humor is no easy task. Not only does a writer have to continuously produce high-quality punchlines that are certain to land, but the execution has to be flawless, or else the scene will flop.

So how do you write a good joke? Prepare to open Pandora’s Box. The first step is to establish what genre of comedy caters to your target demographic. Brunette Games has worked across a variety of titles, each with their own unique brand of humor. In Matchington Mansion and Sweet Escapes, characters’ lighthearted quirks are on full display. Solitaire: Farm & Family finds its jokes grounded in more down-to-earth storylines, and RollerCoaster Tycoon Story puts eccentrics on center stage. Vineyard Valley is more raunchy and in-line with shows like Friends, and Family Guy: The Quest for Stuff capitalizes on abrupt antics. Each of these titles has its own audience, making it important to realize what kind of people play your game. 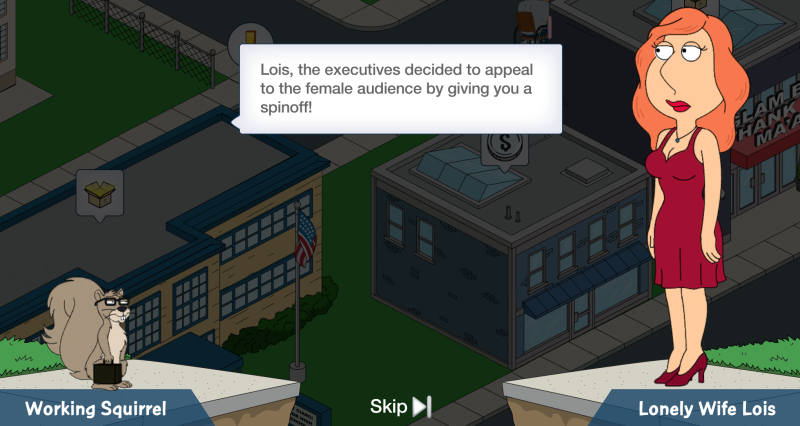 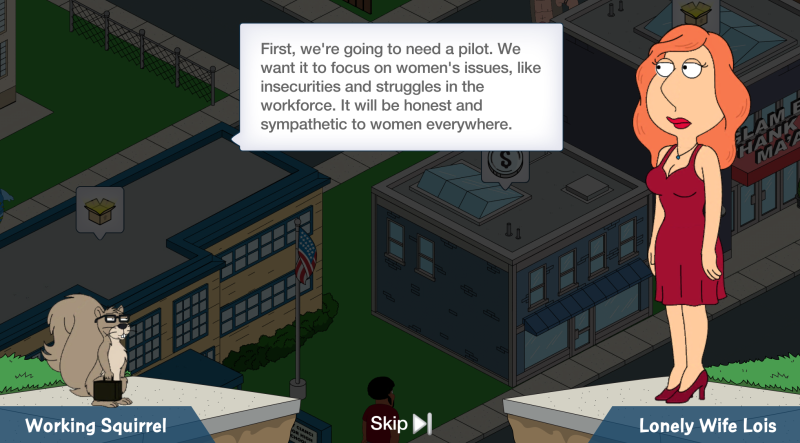 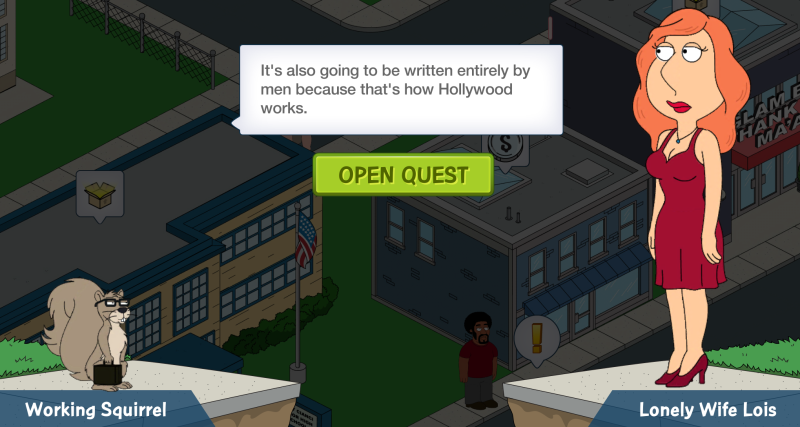 Working Squirrel has an idea for Lois in Family Guy: The Quest for Stuff

The next step is execution. It’s not enough to have an idea. As John Cleese says, “It’s not that an idea is funny. It is that an idea done exactly right is funny.” If a joke feels forced, audiences may simply roll their eyes or ignore it. To form a true connection between players and a game, the humor has to flow naturally.

And what if the jokes just aren’t coming to you? There are two ways to assist with writer’s block. The first is character compatibility. If two or more characters are in a scene and the humor isn’t coming through, you may be using the wrong characters. The best jokes blossom through genuine chemistry, whether it’s positive or negative. If two characters aren’t compatible, you may consider opting for a stronger pairing. This is especially true in titles like Sweet Escapes or Family Guy: The Quest for Stuff, where there’s a whole town of differing personalities. Some match-ups work perfectly, and others simply don’t. There’s a reason the hit show How I Met Your Mother produced a full episode on why main characters Robin and Marshall don’t pair together. 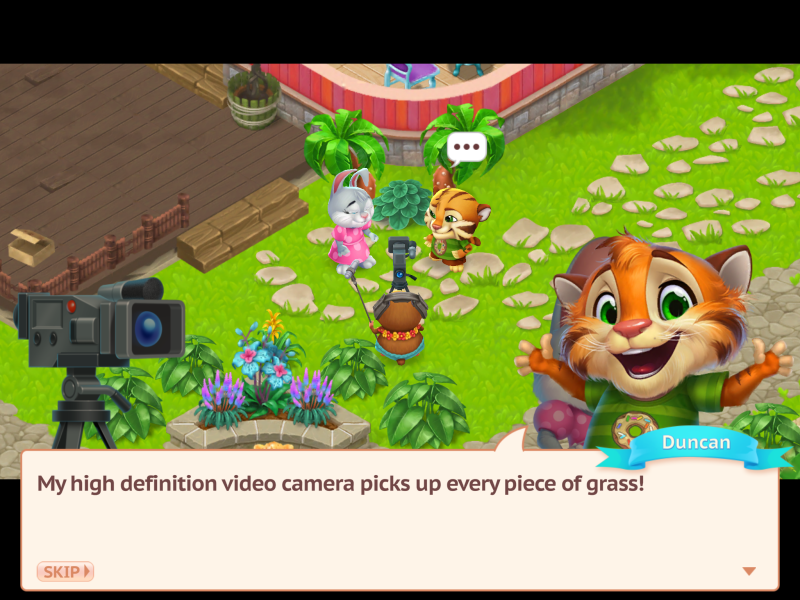 Joy and Duncan have great chemistry in Sweet Escapes

The other way to help is by finding inspiration through real references. By comparing your character to a comedic source you’re familiar with, you’re laying out your own groundwork. For example, actress Betty White has such a strong personality. We used her antics as inspiration for the scene-stealing grandmother in Solitaire: Farm & Family. This isn't copying or stealing a character, but rather using them as inspiration for your own unique vision. Then, once you’ve had experience establishing engaging characters, you can work to create your own brand of humor with someone new, much as we did with Aggy in Sweet Escapes. 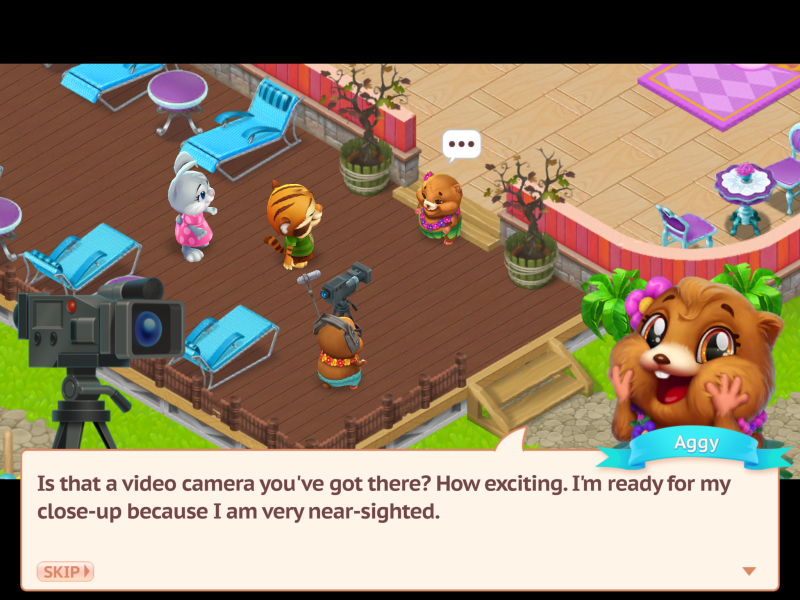 The key to a good joke is the element of surprise. Humor isn’t just about finding a punchline, it’s doing the unexpected. Audiences laugh because the joke doesn’t fit the norm of the conversation. With Scoops or Aggy, it’s nearly impossible to predict what either of them will say next, and that’s what makes them so funny. So, when you’re brainstorming ways to punch-up your joke, consider how you can make it even more unexpected.

When it comes to connecting players through humor, it’s not just about making the right joke. It’s about building a world that caters to its comedy. Even when writing for already-established IPs and worlds—as we do for Family Guy: The Quest for Stuff—you can still find a way to make their established humor your own by expanding your creativity to new audiences. Once the humor flows naturally, so will audiences’ connection. 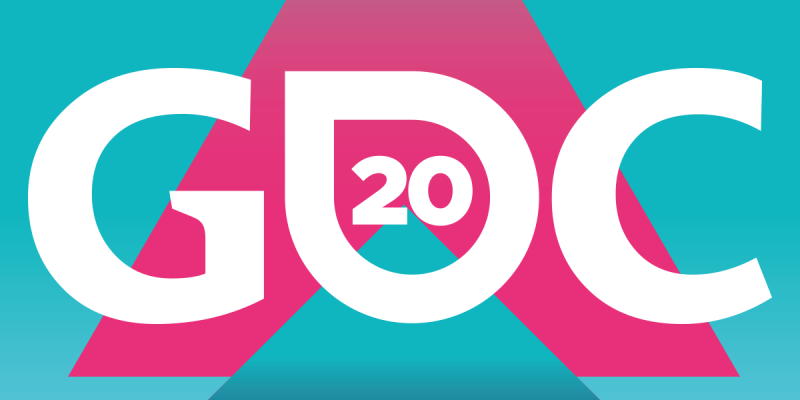 As you might remember, I was scheduled to speak at GDC 2020, but then the conference was canceled due to the COVID-19 pandemic.

I had committed to a local version of the talk here in St. Louis just prior to GDC. This was designed as a way to share knowledge with our developer community, as well as serve as a "live" practice for GDC. At the time that GDC was cancelled, the lockdowns were still limited to the West Coast. So here in the Midwest, the show went on as planned...

Except for one important change. I invited my Brunette Games team members to join me at the podium. I think the show turned out better than it would have been if I'd flown solo! Thanks to the St. Louis Game Development Co-op, which both sponsored the presentation and arranged for a video capture and livestream, I was able to submit the talk to the GDC Vault. And now GDC has also made it available on YouTube. Here it is, called "Conflict, Mystery, and Connection in Casual, Free-to-Play Puzzle Games." Games discussed: Matchington Mansion, Lily's Garden, Sweet Escapes, RollerCoaster Tycoon Story, and Wild Things: Animal Adventures (not Vineyard Valley, so I'm not sure why GDC used it for the video default image.)

It's a pleasure to be a part of GDC even remotely, and we hope to see you all next year! 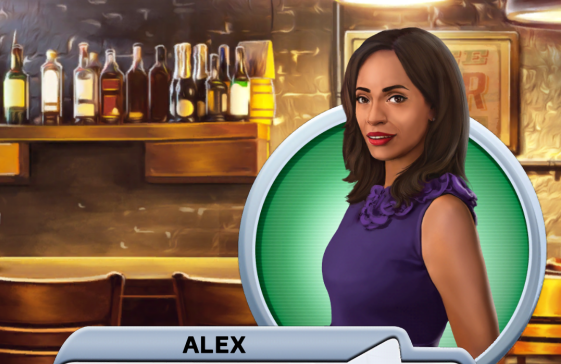 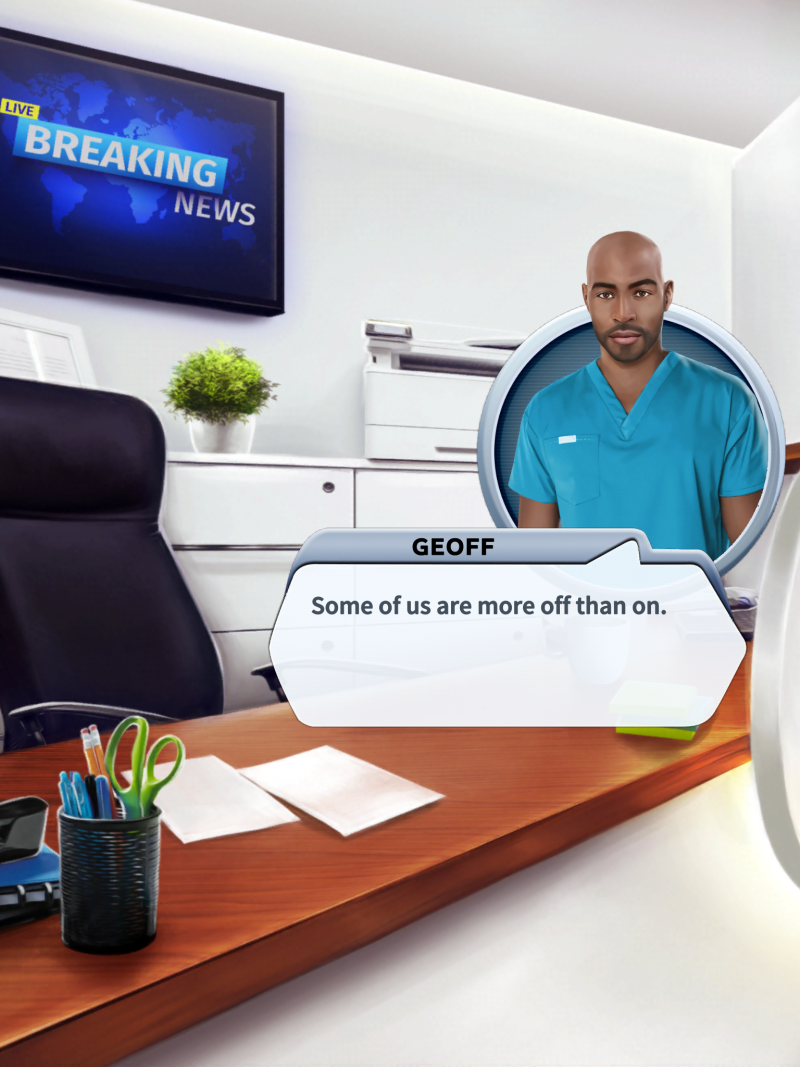 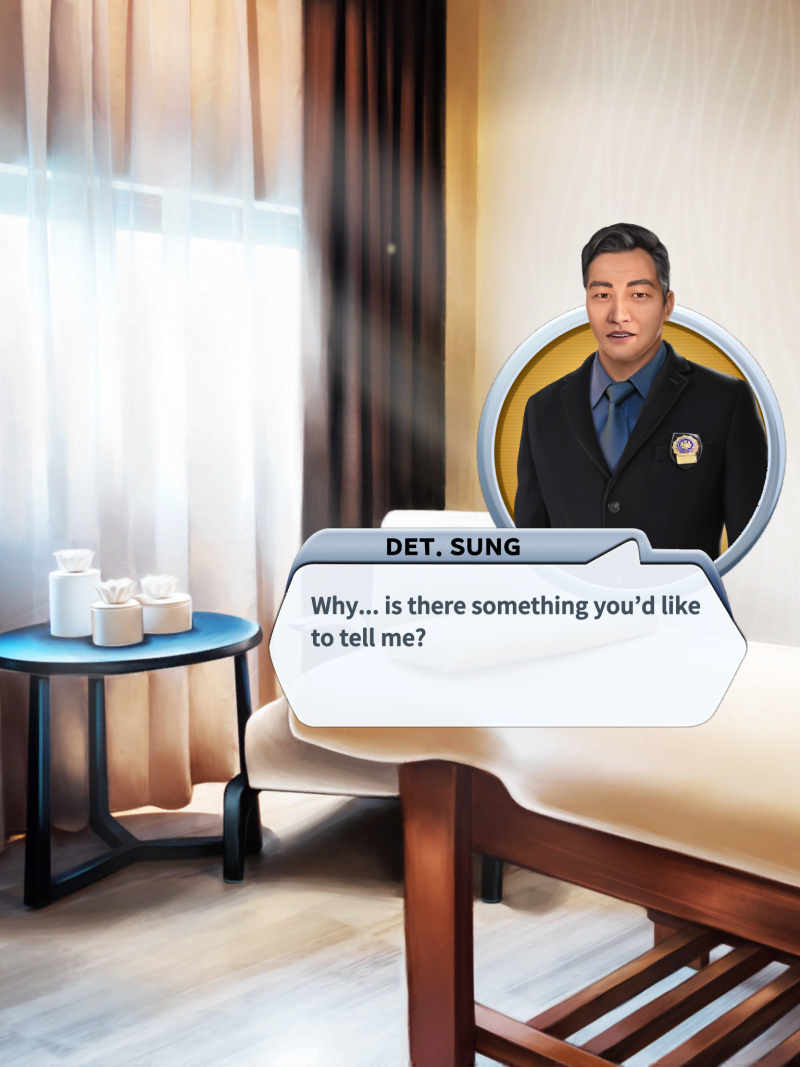 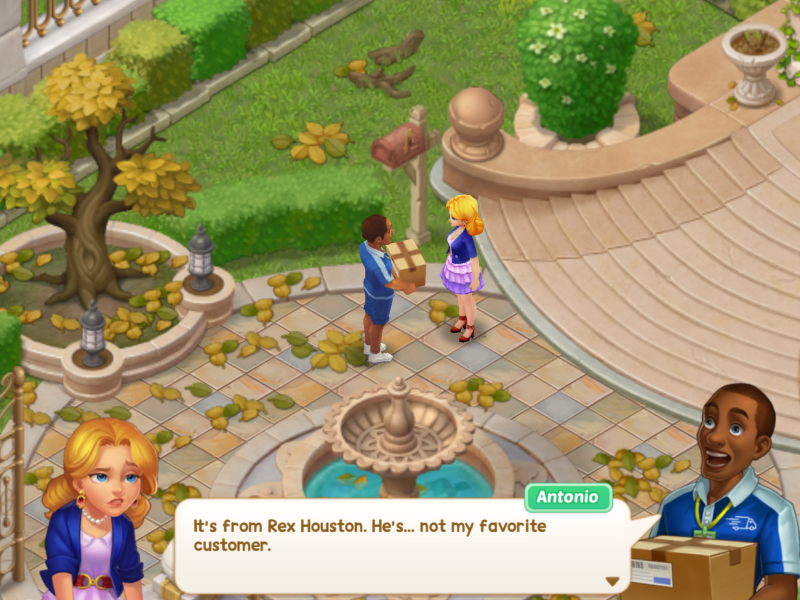 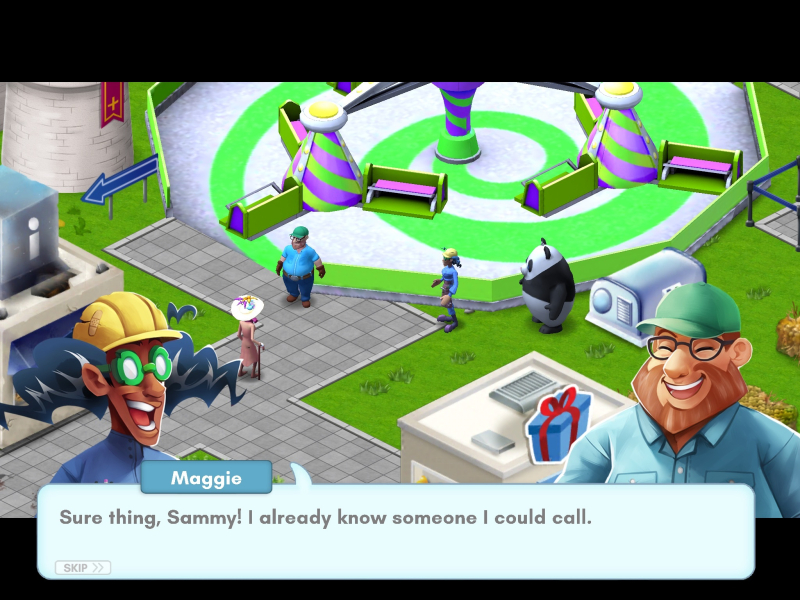 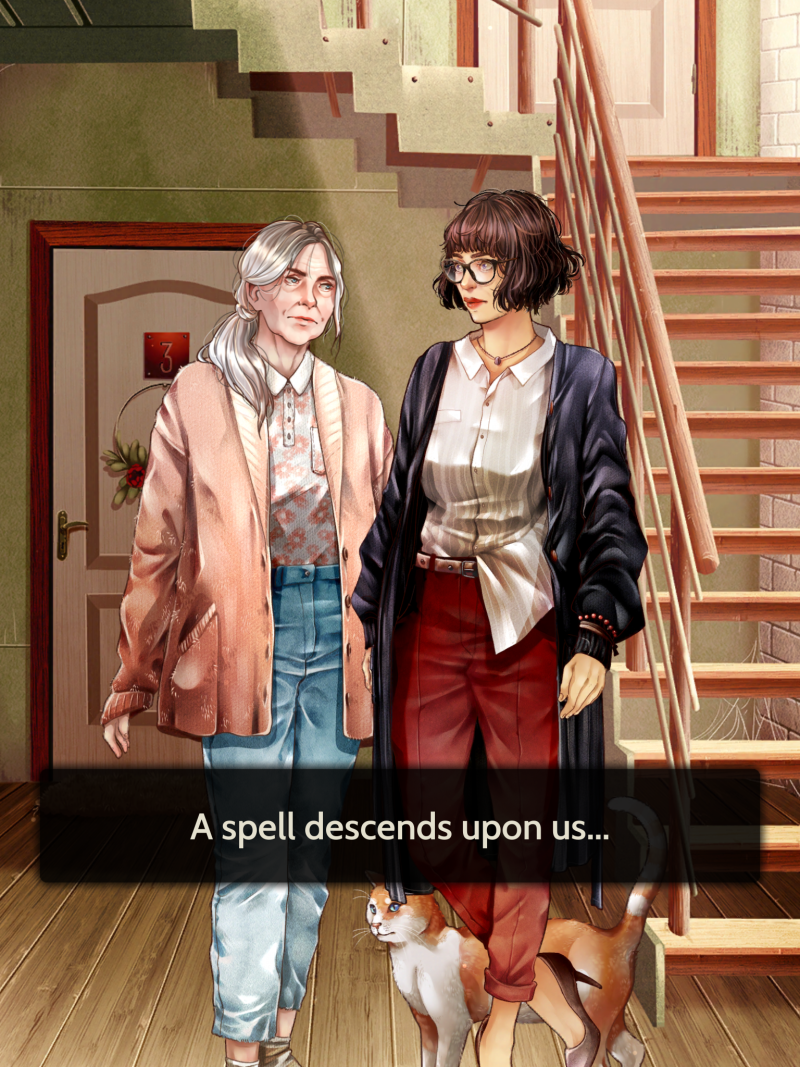